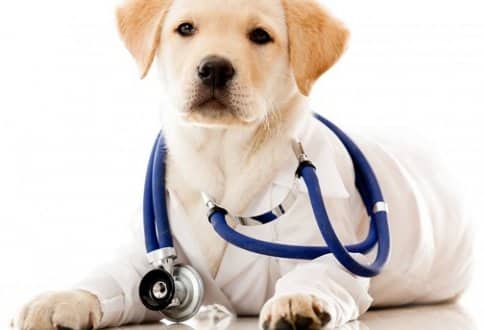 Insulin resistance is a condition characterized by the inability of normal amounts of insulin to result in an adequate decrease of blood glucose levels in the bloodstream.

It means that even if the pancreas produce enough insulin, this doesn’t result in the normal, expected amount of decrease in blood glucose present in the body. It signifies that the functional pancreatic beta cells which are responsible for producing insulin cannot overcome the cell’s inherent or developed insulin resistance.

Insulin resistance results in persistent hyperglycemia, or the constant state of high blood sugar level present in the body. This condition may lead to the diagnosis of diabetes.

The most identified causes of insulin resistance in dogs are bacterial infections, hyperthyroidism, hyperadrenocorticism, and diestrus.

But before establishing its possible cause, it is important to note that problems with diabetic control in pets can be categorized as insulin-related, owner-related, or patient-related.

To confirm whether an underlying condition is causing a dog’s insulin resistance, it is important to eliminate external factors first to effectively identify which steps are necessary to aid the dog’s condition.

Insulin is a peptide hormone that requires very specific storage conditions and handling.

This is susceptible to damage with exposure to extreme temperatures, be it hot or cold. Disturbances during the shipping process may also alter the insulin’s molecular integrity. Insulin is also susceptible to bacterial contamination, which may cause a decrease and even loss in potency. Diluted insulin may also be already unstable and ineffective. It is recommended to start by replacing an old, diluted insulin with a new, undiluted vial.

Even with careful instructions, owners may still struggle administering the correct dose of insulin. Insulin can be inactivated in instances where it is overshaken, overheated, expired, or improperly diluted.

Common oversights include the confusion about U40 and U100 syringes and injection techniques such as intradermal injection and through-and-through injections. This may result in reduced insulin absorption when insulin is administered at home.

The entire insulin handling process — from storage, mixing of insulin, dose measurement, instruments used, administrinistration method— must be extensively reviewed to ensure no lapses have been carried out.

It is then best to correct suboptimal methods and start with a new vial of insulin.

When insulin- and client-related issues have been identified, corrected, and the problem still persists, it is time to pursue an exhaustive research on what might be causing the insulin resistance.

The most consistent method to follow through is frequent blood glucose measurements. A blood glucose curve will determine insulin resistance, and it will rule out other circumstances such as a Somoygi response or a short burst of action to rapid insulin metabolism.

A possible issue is the formation of anti-insulin antibodies that may result in insulin resistance. Other identified causes are hyperadrenocorticism, bacterial infections, diestrus, acromegaly, chronic pancreatitis, hypothyroidism, hyperlipidemia and obesity, neoplasia, and renal diseases.

Hyperadrenocorticism, also known as Cushing’s syndrome, is the condition characterized by chronic overproduction of cortisol over weeks and months. It is the most prevalent cause of insulin resistance in dogs.

Cortisol stimulates fat and muscle cells to become resistant to insulin, while enhancing the liver’s glucose production. Cortisol counterbalances the insulin mechanism of the body.

Like diabetes, hyperadrenocorticism has no direct cure— proper management of the condition is necessary to alleviate the condition.

Infections impair the immune system and increases the release of counterregulatory hormones such as cortisol, glucagon, catecholamines, and growth hormone. These hormones have a negative impact on insulin response making it more difficult for a dog’s body to utilize insulin in its daily functions.

The most common infections in diabetic dogs include urinary tract infections, bacterial dermatitis, and broncho-pneumonia. These infections may progress to more severe conditions that affect insulin responsiveness.

Diestrus is part of the canine reproductive cycle right after “estrus”, the stage wherein both female and male are receptive and fertile for reproduction. Diestrus is characterized by low estrogen levels while progesterone levels peak for female dogs. The high plasma progesterone concentration causes insulin resistance which may lead to high blood glucose levels in intact female dogs.

Acromelagy is a growth hormone disorder characterized by chronic oversecretion of growth hormones limited to female dogs. The increased levels of progesterone and other growth hormones promote insulin resistance by decreasing the body’s sensitivity and response to insulin so that more glucose may be produced. This leads to an elevated level of blood sugar present in the body.

Hypothyroidism in dogs happens when the thyroid gland is underactive and metabolism is significantly slowed down. Hypothyroidism increases the body’s sensitivity to insulin which may result in insulin resistance. Hence, proper treatment of hypothyroidism may also improve the insulin’s function in the body.

Pancreatitis may lead to the attack of pancreatic beta cells that produce insulin, as a result of the release of diabetogenic hormones such as glucagon and cortisol. With beta-cell depletion, the body may be unable to produce enough insulin, at the same time increasing the cells’ resistance to it.

Obesity and hyperlipidemia (elevated levels of fats in the bloodstream) contribute to insulin resistance because it disrupts the normal mechanism of insulin and glucose mechanisms. It affects insulin secretion by the pancreatic beta cells, and down-regulates glucose.

Renal diseases disrupt the body’s disposal of insulin and glucose which put the body at risk for insulin resistance. Neoplasia, which is defined by uncontrolled growth of cells  which may lead to cancer also disrupts the body’s means to utilize insulin and regulate glucose.

The most effective process to address this condition requires well-balanced dietary management, proper administration of the correct insulin dose, and frequent diagnostic testings to aptly evaluate the medical state of the dog. 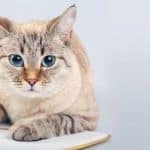 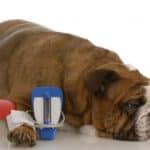 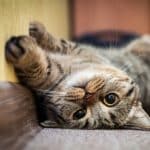 Seizures in Cats With Diabetes 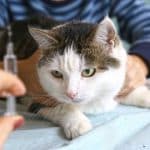 Cost of Treating Diabetes in Cats 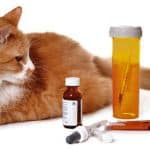