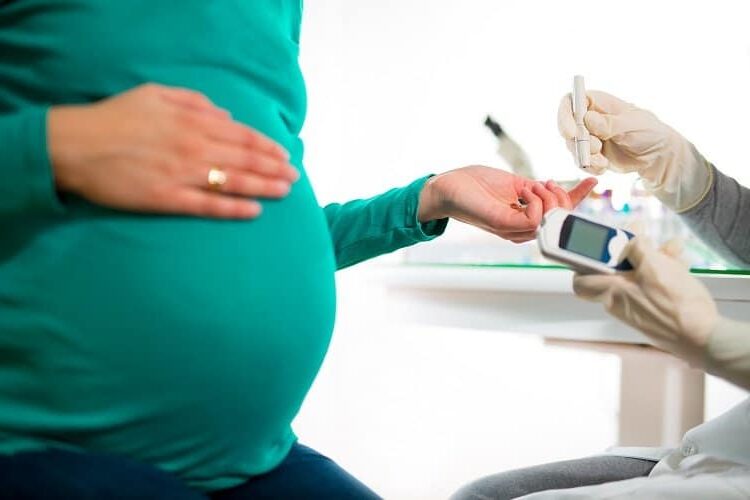 Diabetes is a metabolic disorder that has many forms. One of them is called gestational diabetes. What does it mean? What are its symptoms? Further, how can you prevent its complications?

It is a type of diabetes that occurs in women during pregnancy. This condition happens following an abnormality in the blood sugar levels, just like with type 1 and type 2 diabetes. According to the CDC (Centers for Disease Control and Prevention), about 2% to 10% of pregnant women in the United States are diagnosed with this condition every year.

The disease affects how the body cells use glucose. It can cause high blood sugar, which can have a big impact during pregnancy. While this can be concerning, especially on the unborn baby’s part, the condition can be controlled. It involves taking precautionary measures like eating healthy foods, exercising, and taking diabetes medications during pregnancy.

What are the signs and symptoms of gestational diabetes?

Most of the time, gestational diabetes does not typically cause symptoms. That is why regular checkup with the doctor is necessary to detect underlying medical issues like this one.

Like other types of diabetes mellitus, gestational diabetes develops when the body is not capable of making enough insulin during pregnancy. Insulin is a type of hormone that the pancreas produces to help blood sugar enter the cells of the body so it can store them and use them for energy.

During pregnancy, the body undergoes several changes that affects the hormonal ecology.  One of these changes is weight gain, which has a significant impact on blood sugar. When someone gains weight, the body cells become incapable of using insulin effectively. This condition is known as insulin resistance.

Once insulin resistance becomes full-blown with no treatment, gestational diabetes can occur rapidly, even at the start of the pregnancy. Additionally, the change in hormones during pregnancy can make it harder for the body to process blood glucose effectively. This can lead to a spike in blood sugar or gestational diabetes.

How can you treat gestational diabetes?

These actions play a vital role in the management of diabetes. Even if medications are proven effective in controlling the disease, the full potency of diabetes management can be fully achieved by observing a healthy, balanced diet and daily exercise.