A big number of cats are developing a type of diabetes known as diabetes mellitus. Feline diabetes is common in middle aged cats, and usually happens in male cats. Diabetes in cats is similar to type 2 diabetes (T2D) in humans. Diabetes mellitus refers to a medical condition where the body fails to produce insulin or cannot use it properly, or both. When we eat, the body will break down carbohydrate and sugar into glucose. Glucose is a form of sugar which fuels our cells. Like humans, cats need the help of the hormone insulin so that the glucose can get into the cells for energy. Because the cells fail to absorb the glucose, it leads to a glucose build up in cats. In type 1 diabetes, there is a high build of glucose in blood because diabetic cats cannot produce insulin. While in T2D, high levels of glucose in the blood is as a result of cells not responding properly to insulin. Most cats which have diabetes suffer from T2D. If  feline diabetes is not treated, it could lead to health complications such as severe depression, vomiting, dehydration, loss of appetite or even death.

Signs and Symptoms of Diabetes in Cats

The most common signs and symptoms that characterize diabetes in cats include the following:

Most of the time these signs and symptoms can be managed through diet changes and exercise. However, in case of prolonged severe diabetes in cats, it may lead to more serious complications like diabetic ketoacidosis. When this happens your cat may develop symptoms such as diarrhea, vomiting, or anorexia. If you notice any of these signs and symptoms in your cat, you should take your cat to see a veterinary doctor.

Although it is not yet known what causes feline diabetes, it is likely to develop in cats that are overweight. This is because obesity makes the cat to be less sensitive to insulin effects. Also diseases such as hyperthyroidism and pancreatitis increases the risk of cats having diabetes. Diabetes in cats is common when they reach middle to old age. Other types of medications like corticosteroids increases the risk of your cat developing diabetes. Another factor that can contribute to feline diabetes is a medical condition known as feline cushing’s disease. Also known as hyperadrenocorticism, cushing’s disease is a medical condition which involves overproduction of cortisol by the adrenal glands. This condition can be caused by a tumor in the adrenal or pituitary gland. Oral administration of steroid can also lead to cushing’s disease. Overproduction of the hormone cortisol can lead to various effects in the body, making the cat less sensitive to insulin. When there is too much cortisol in the body, it can lead to this disease.

However, it is important to note that each diabetic cat responds differently to different treatment. While some cats can be treated with changes in diet and use of oral hypoglycemic drugs, others require a complex form of treatment such as lifetime insulin injection. Your veterinary doctor will perform various tests such as urine and blood test to determine if the signs and symptoms exhibited by your cat is as a result of diabetes. Typically, if a cat has diabetes, a urine test will show the presence of glucose. In some instances, a urine sample may have ketones. A blood test will reveal a high glucose concentration. These tests will help your veterinary doctor come up with an appropriate treatment for diabetes in cats.

If your cat has been diagnosed with diabetes mellitus, you should not panic. Although there is no cure for diabetes mellitus, it can be treated with insulin therapy or oral medications. Sulfonylureas drugs have been administered to cats to help them maintain a healthy blood sugar level. However, for oral diabetes medications treatment to work well, it requires a lot of commitment including regular blood tests. In addition to oral drugs your cat may need to be treated with insulin injection to achieve the best results.

You may need to use insulin injection in case your cat cannot be treated with oral hypoglycemic medication. It might not be a walk in the park for most cat owners, but with practice you can learn how to inject your cat with insulin. Your veterinary doctor will show you how you can inject your cat with insulin at home. Of course, practicing with something like injecting a doll with water can help you gain confidence. Most of the time diabetes in cats can be managed by one or two insulin injections given daily. Insulin injection involves giving an injection under the skin, usually at the neck. Insulin doses may change with time as your cat gets older. However, you should not change insulin doses without consulting with your veterinary doctor.

Diet, together with oral medication and insulin injections are effective in managing diabetes in cat. Obesity is one of the biggest contributing factors to diabetes in cats. If your cat is obese, you can work with your veterinary doctor to come up with a healthy diet plan. The first thing cat owners need to do is to feed their cats with low carb food that is raw. Other diabetic cats also respond well to diet that is rich in fiber. Talk to your veterinary doctor regarding when and how much food you should feed your cat. Also, make sure that the cat stays physically active. Most of the time, indoor cats usually lack a lot of physical exercise compared to others. Therefore, indoor cats that are obese and lack physical activity are more prone to develop diabetes. Get them moving so that they can have some good exercise every day. 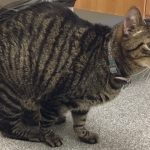 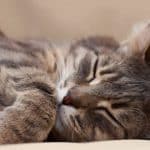 4 Warning Signs and Symptoms of Diabetes in Cats 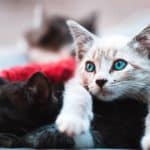 Pancreatitis in Cats with Diabetes 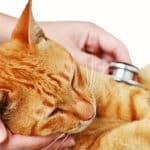 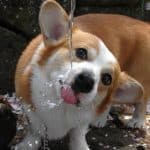